LOOK INTO THE NET

The works shown in this exhibition of the internationally most relevant net artists belong to the collection of NETescopio, iniciated in 2008 and since then constantly developed by the Spanish Museum of Contemporary Art of Extremadura and Latin America – MEIAC, Badajoz. With NETescopio, the MEIAC is a pioneer in the availability of an Internet accessible art collection beyond the physical presence of the actual Museum. A selection of 120, partly no longer accessible, key works covers the panorama of net art production from the 1990s until today. This exhibition is in this sense a unique opportunity to gain an insight into the net art tendencies and their aesthetics. The main objective of the NETescopio archive, which makes also a historical classification of the collected works, is the preservation of the works, characterized by the incorporation of a large numbers of Spanish and Latin American net artists.

The curator Gustavo Romano has distinguished three strategies of artistic appropriation of the Internet with their various formats:

During the web´s early years the artists started to experiment with the new medium and dealt with the possibilities of interactivity, the use of interfaces and alternative browsers. It is in the first years of web art, which can be seen in this category, that show a greater radicalism with a stress on experimentation and the deconstruction of the medium.

The reuse of symbolic materials and artistic reactions to existing content play a key role in this work. In digital media information can be reproduced and manipulated, developing constant mutation. This poses in discourses to copy, original and authorship, as well as to owner and collector of net art. The artist’s role on the web is of a “redirector” of information.

These works refer to artistic intervention in a new public space, the “Internet”, which involve commonly used sites such as Wikipedia or Google Maps, which parody or subvert private pages, in order to undermine them through artistic contexts. Stealthily infiltration of the user’s computer or other computer systems is discussed here. The artist slips here into the role of spies, intruders and solitary flaneurs.

Characterised by aesthetics which evoke a post-Cold War era in which the side-effects of that war continue to be present on the Internet, re:volution offers itself to us as a machine, a platform for the public to use to comfortably drive the revolution. This is a revolution which, according to the words of our guide, a child named GTA (Great Teacher and Astronaut), has still not been successful, and for which we must keep fighting, armed with out powerful new weapon of war: e-mail.
The project is full of media and consumer icons, political icons from a nostalgic modern era today transformed into clip art, which circulate like devalued information on the Internet. The re-combination of these materials seems to reveal the decadence of power to us: far from those grand speeches and monumental events, they are reduced to tiny 8-bit files. 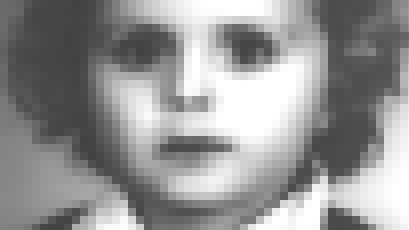 NETescopio is an online archive, developed by the MEIAC since 2008, designed to preserve works of art generated for the web. The museum’s server functions as a back-up and stores mirror copies of net art works which are online on their creators’ sites and also of those which, for different reasons, are no longer available. Thus, the MEIAC is positioned as the first museum in the world to generate a file with these characteristics, and is moving ahead with a view to expand its activities beyond its physical space. This selection of works, all belonging to the NETescopio archive, emerged from a reflection on the processes that led artists to their development, rather than from an analysis of the formal characteristics of the works. Far from making an apology of the new medium per se, the artists confront the concept of technology as entertainment and the social stereotypes and routines that the new medium promotes as something that is habitually used in society, examining the boundaries between public and private, the notion of authorship and copyright. This traveling exhibition is presented as a “mobile lab” that seeks to redefine online art practices and to imagine their future.

Organized by Acción Cultural Española (AC/E), the Museo Extremeño e Iberoamericano de Arte Contemporáneo (MEIAC) and the Edith-Russ-Haus, and curated by Gustavo Romano, this travelling exhibition meets the challenge of showing artistic practices on the Internet, and not solely immaterial, interactive and variable art works, but having recourse as well to multiple strategies of documentation, contextualization, reflection, and discussion. “Blick ins Netz. NETartographie” is the progeny of the NETescopio Project (http://netescopio.meiac.es/), which the MEIAC launched in 2008. The choice of works and their arrangement are based on the three working lines or production strategies used since it began to show art on the Internet nearly 20 years ago: Desmontajes (2008), encompassing online productions from the early years of the Internet; Re/apropiaciones (2009), sampling or remixing of symbolic materials; and Intrusiones (2011), interventions in common spaces such as Wikipedia or Google Maps. With more than 70 artists from all over the world, the initiative features a large number of Spanish and Latin American artists who, quite possibly because of language barriers, are not yet well-known beyond their home cultural territories. In a context that we might dub “cyber-geographic”, Spanish-speaking web art now has the chance to draw new cultural borders and establish new flows of information, generating new relational architectures. 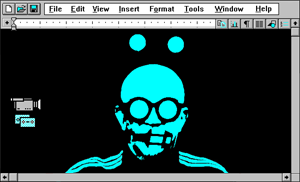