stickt.t.me assembles stickers and sticker-sets that have been produced by 19 different artists and collectives who have participated in the online artist-in-residency-program organized by the Zentrum für Netzkunst on the Telegram messenger app. The sets can be collected online on Telegram or offline in a scrapbook at panke.gallery. 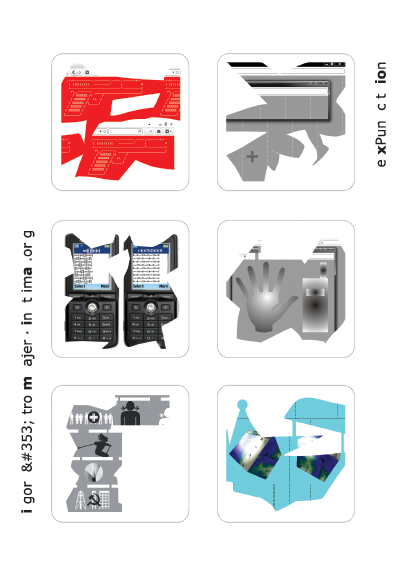 “The same picture passes through the hands of the collecting child a hundred times. It is filed, compared, and evaluated for exchange. No other picture book enjoys such thorough observation.”
– Heinrich Wolgast

The stickers collected in scrapbooks are often made of paper, vinyl, latex, foil, or plastic. Each collector knows every one of their pieces by heart – exchanging them with other collectors is an intimate act. Today, in messenger Apps, digital stickers are shared, not exchanged, as public PNG-files or Gifs – secret codes, collected in an infinite app-archive. In 1982, the predecessor of today’s digital stickers first appeared in a web forum: :-) the smiley face. This grinning facial expression was used to complement text in computer communication, helping to bridge the gap between a message and its intended meaning. Soon after, emoticons appeared, but were not meant to replace text messages; rather, these little symbols were integrated into written language, ultimately leading to an intertwinement of visual and textual elements. These pictorial signs function as symbolic icons that are grasped immediately, visually, expanding the domain of literacy to both word and image. In today’s messenger apps, the mediation of picture and text is greatly enhanced by stickers. Each sticker is affixed to a given emoticon, and forms part of a larger set. By sending single copies of individual stickers, the entire set is shared automatically, making it available for collecting. If a certain expression is missing, users are also able to create stickers by themselves: the production costs nothing. Circulating and being reproduced, shared and used in chats, stickers disrupt the logic of authorship and private collection. A sticker set consists of anywhere from one to 120 stickers. The individual sets are arranged serially, forming a logical system of both recurring and varying features. Most sets are not only defined by a given motif, but are also connected by aesthetic similarities. The interplay of repetition and change first becomes visible to collectors through their arrangement and implementation in chats.

The sets can be collected online, on Telegram, or offline in this scrapbook. The sending and receiving of stickers on Telegram is similar to the pasting and removal of glutinous pictures in the pages to follow. Each sticker can be exchanged and rearranged, animated and interpreted, according to the specific context and the collector’s wishes. Unlike the online Telegram archive, this scrapbook forms a closed collection. Like a Panini album, it sets out in advance what there is to be collected. The album builds the desire to own every single piece, a wish for completion. But the desired entities are scarce. The collector needs to decide precisely which sticker is in- or excluded from the personal collection. Each individual piece must be examined and evaluated, and like the children’s scrapbook, it requires intimate familiarity and inspection. The acts of collecting and exchange, unlike those in the digital realm, touch upon questions of personal property and taste in light of conditions of scarcity. After all, in these pages, you are still very much in a gallery. 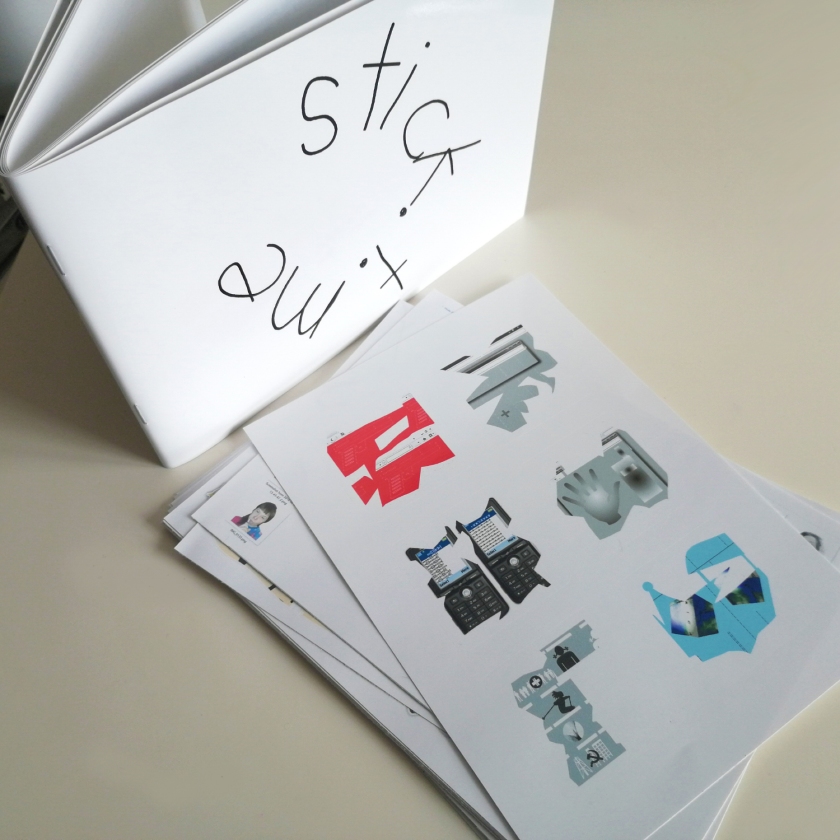 In the equation a=tF² (to find the a/art, you multiply the t/time by the square of the F/force), time plays a very important part: "time is what keeps everything from happening at once" (Ray Cummings).
My son Lev playing a └⦿✚⦿┘ computer game 🕹️ which he programmed and designed for the a=tF² exhibition @panke.gallery in Berlin.
I found love in a hopeless place: a=tF² @panke.gallery #Berlin ⇢ opening hours: Wed, Thu, Fri, Sat / 3–7 pm
"’a=tF²,’ a solo show by Igor Štromajer, ’the Pavarotti of #HTML,’ opens at #Berlin’s @panke.gallery. Drawing on the artist’s favoured tropes and aesthetics, ranging from CGA graphics to toolbar mandalas, the show juxtaposes knowledge work’s ephemera with the austerity of the white cube. On Instagram, in advance of the opening, Štromajer has teased work-in-progress, his strategically cropped previews revealing ’dirty, radical, minimal’ assemblages of e-junk and toy robots (image), and an adorable pint-sized workstation."