Peparations for the [Ballettikka Internettikka 2001-2009] retrospective exhibition by I. Štromajer and B. Zorman, which will be held in Škuc Gallery, Ljubljana, Slovenia, from 22 April to 22 May 2009 (co-produced by Intima Virtual Base, Cona, Škuc Gallery in collaboration with Exodos Festival). 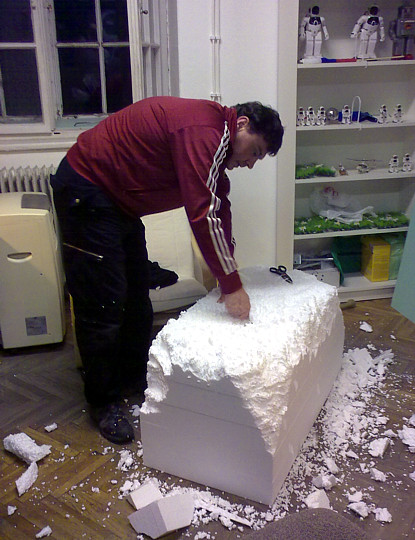 My 1996 animated gif (64⨯64 pixels, 20 frames, 15.7 kB) of a spinning cube as it is shown @gallery_gallery_space in #Sofia.
Here's our #AR cube having a relaxed late afternoon in #Sofia yesterday.
└⦿✚⦿┘
My work is not often show in Bulgaria, but #Sakrowski and I have an exhibition opening this Thursday in #Sofia: